Honoring Ours and Serving Others

On August 31st, 2018 MED Institute celebrated another year of honoring employees at the annual awards banquet. The celebration was held at the Lafayette Country Club and began with a warm welcome followed by dinner, awards, and a presentation from a local nonprofit, Meals on Wheels. Several special guests from Cook Group were in attendance, including Steve Ferguson, Chairman of the Board for Cook Group, who presented an award to Neal Fearnot, President of MED Institute, for 35+ years of dedicated service to Cook. 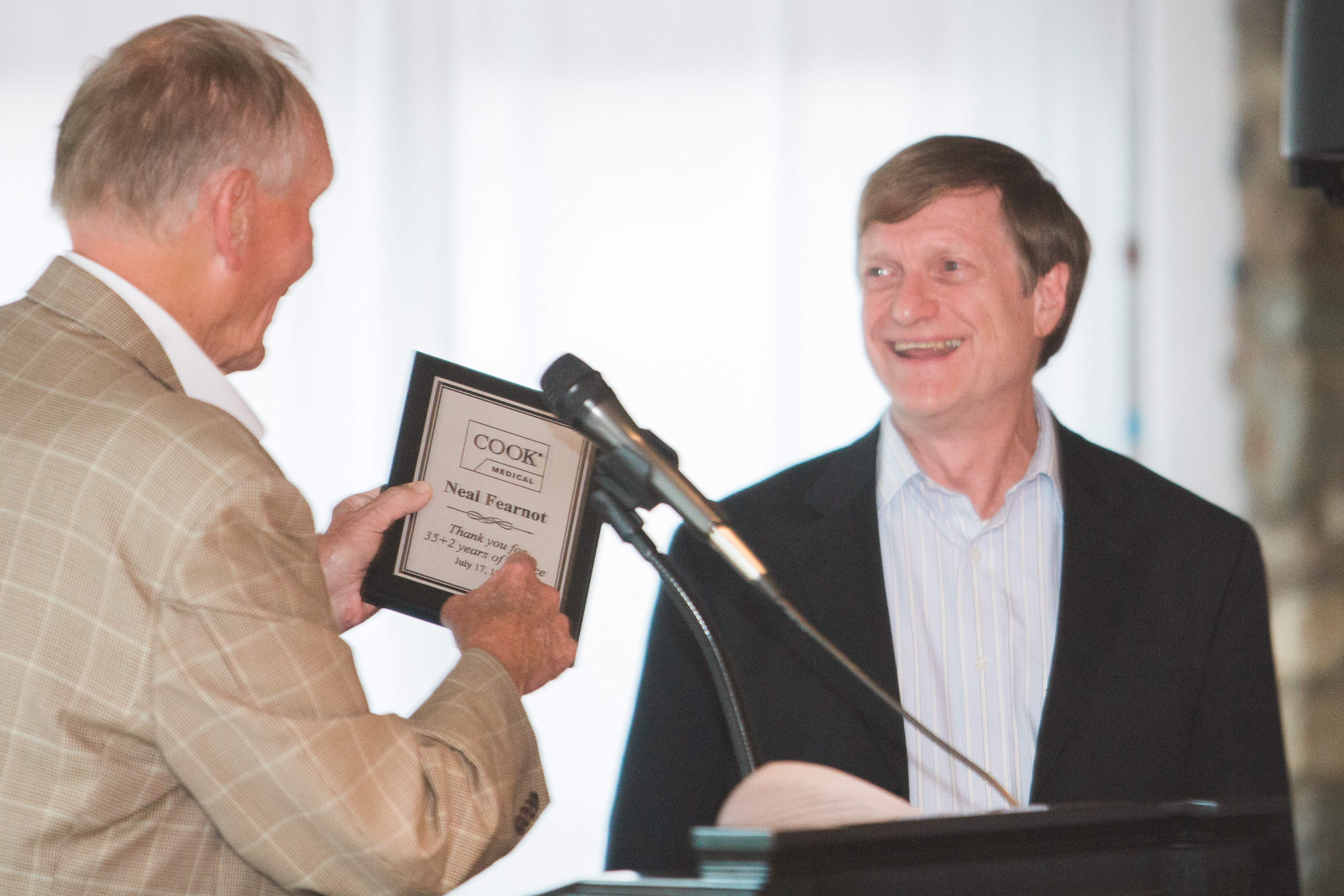 In his 35+ years with Cook, Neal has served as the founding president of three Cook companies, each focused on bringing new products to patients. Ever true to his original commitment to Bill Cook, he has worked tirelessly in support of Cook Group and its mission. In 1983, he founded MED Institute to translate research from universities into products serving patients.  MED Institute spawned other companies, such as Cook Biotech and Cook Research, and currently provides product development services in a new outreach to external clients as well as Cook.   In 1995, Neal became the first president of Cook Biotech, licensing the SIS technology from Purdue University and embarking on a quest to serve patients through this novel regenerative biotechnology.  In 2009, he founded Muffin Incorporated, later called Cook Advanced Technologies, whose assignment is to evaluate cutting-edge technologies and to support Cook’s development of major technologies.  Neal currently leads Cook Advanced Technologies and MED Institute.  Despite the lengthy list of accomplishments and awards on his CV, Neal’s greatest contribution to Cook is his investment in people.  His heart for mentoring is reflected in the many people all around Cook Group in whom he has invested his time and wisdom, focusing on building next generation leaders.  Congratulations to Neal on this remarkable milestone!

We are committed to consistently performing services with high quality, that deliver exceptional results, and add value to the client’s business.
For client surveys sent in the last two quarters, we received ratings of 4.89/5 points (11).